Spectacled Owl has short black hair with darker tones on the tips of her wings and to the sides of her front bangs. Further in details, she borrows some appearance traits from the animal she's based on, the beak is represented by her yellow-tinted forelock and the bird's eyes are represented by the glasses she's wearing along with the white stripes on her fronthead and to the side of her bangs. Similarly to the bird, her owl's tail is striped beige and raw amber. Her eyes are yellow.

Her outfit is composed of an apron-like dress with fur around the edges, a fur-like collar with a medium-sized red bow. Inside her dress, she wears a dark blouse on which the sleeves are patterned like the owl plumage, with curved hatchings. She also wears yellow-brown leggings, light-yellow gloves, and fur boots with small-sized red ribbons on them. She wields a wooden geologist's hammer. 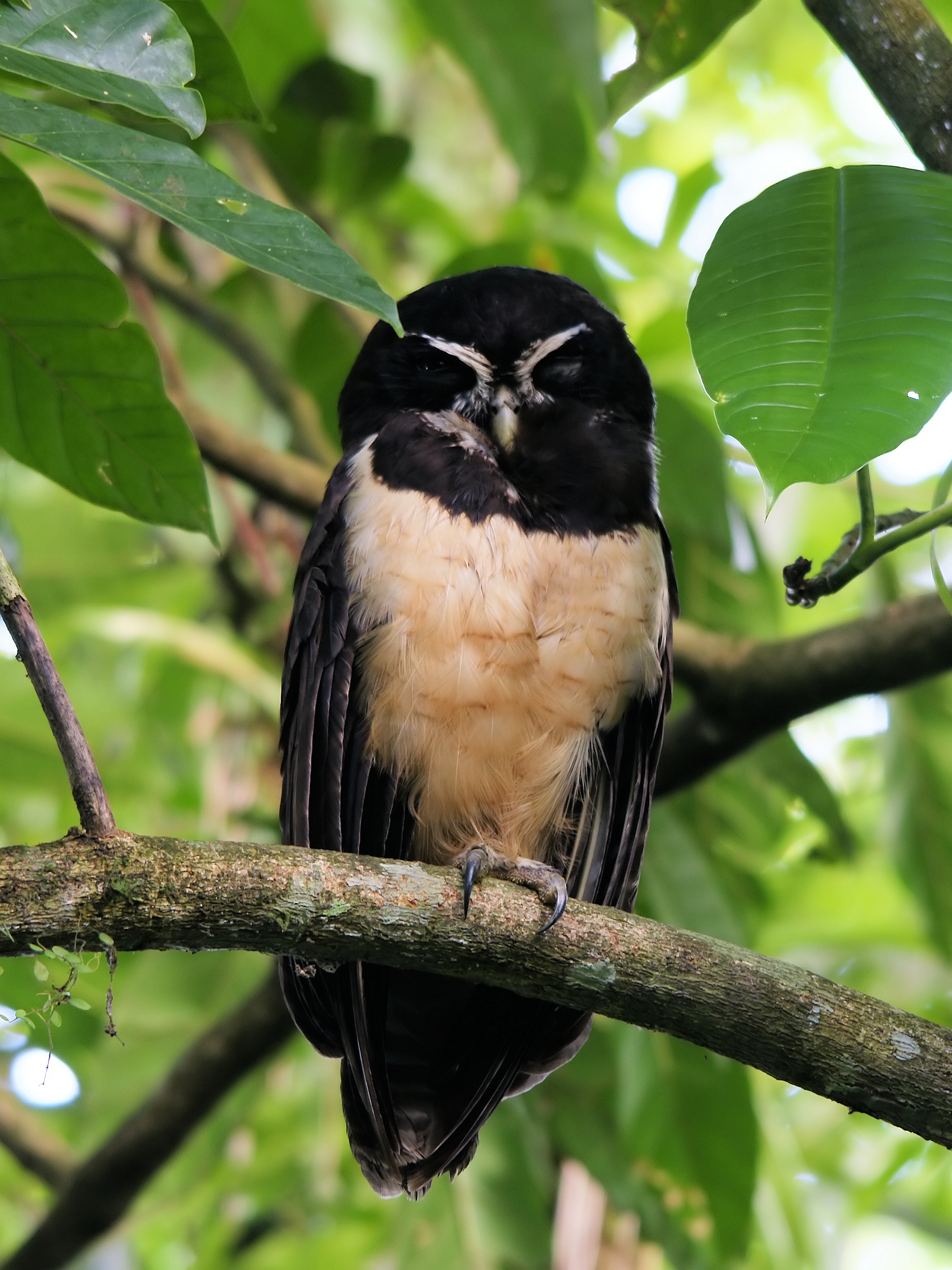 Spectacled Owl in the rainforest of Costa Rica
Retrieved from ‘http://japari-library.com/w/index.php?title=Spectacled_Owl&oldid=58855’
Categories: