Northern Tamandua is a type of Friend.

Northern Tamandua has shoulder-length hair that is straw-coloured at the back, and white near the front, with a large black lock extending forward past her face and to her left. She wears black gloves and shoes, a white sweater with buttons and frills down the center, and a black vest supported by suspenders going over her shoulders. She has straw-coloured shorts and white leggings. 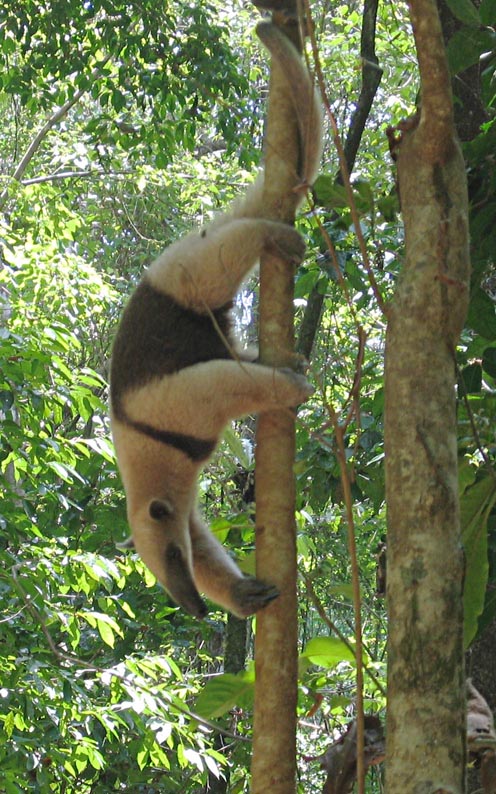 A Northern Tamandua near the southern coastal track at Parque Nacional Corcovado, Costa Rica. Photo by Dirk van der Made.

Northern Tamanduas are a species of anteater very similar to the Southern Tamandua. They are very solitary and generally nocturnal, although they do occasionally become active during the day. They spend a little less than half of their time in trees, but almost all of their time hunting for ants and termites, which compose the vast majority of their diet. A Northern Tamandua can eat as many as 9,000 ants in a single day, despite this, they are not observed doing significant damage to any of the many nests they may visit.