Difference between revisions of "Japanese Hare"

Japanese Hare is a type of Friend. She was first officially revealed in a Kemono Friends 3 photo released during the collab event, 叶えるモン！夢のじゃぱり城 and later released in her training arc event.

Japanese Hare has reddish brown eyes and a pair of white-lined brown rabbit ears at the top of her head. She has a hairstyle that is trimmed round the back of her head, has thick fringes at each side and a ponytail tied at the back. Her hair is in acorn beige, with a thick brown stripe coming down from the animal ears to meet the white patch on the front bang. The tip of each side fringe is in white.

She is in a summer sailor uniform: a white shirt that has a sailor brown collar and sleeve cuffs with white double stripes, and a deep navy scarf. Also a brown pleaded skirt with a deep brown fur-like underskirt. She wears long gloves and knee-highs of deeper brown, and a pair deep brown sneakers with white toes and orange laces. The fur of her short rabbit tail at the back is brown and white at the underside. 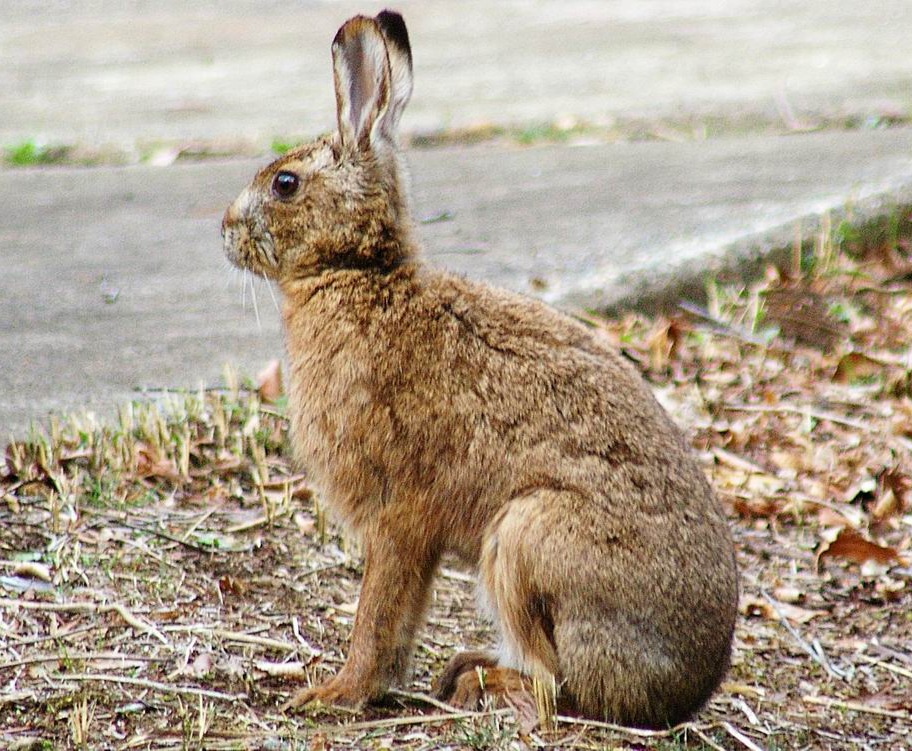 Japanese Hare is a species of hare endemic to Japan. It is found in all the main islands of Japan except Hokkaido, where it is replaced by the related Mountain Hare. Japanese Hare has reddish brown fur. In areas of where snowfall is heavy, it loses its coloration in the Fall, remaining white until the Spring, when the reddish-brown fur returns. Its body length ranges from 45 to 54cm (18 to 21 in) with a tail of 2 to 5cm (0.79 to 1.97 in). It weighs 1.3 to 2.5kg (2.9 to 5.5 lb).

Japanese Hare is found across Honshu, Shikoku and Kyushu. It is mostly dwells in mountains or hilly areas where the altitude can be up to 2700m. It also inhabits forests or brushy areas. It lives solitarily except during mating season. Due to human encroachment, it has become adapted to and thrive in urban environments, causing nuisances in some places. It feeds during evening and early morning, on grass, shrubs and bushes, occasionally tree barks.

Despite of human disturbance and habitat loss, its population remains stable due to the fact that females become sexually mature within one year from birth, giving to 2 to 4 litters, and they breed year-round. It is listed as Least Concern on IUCN Red Lists. It is hunted for food, fur and pelts in some places or to curb its increasing population.

A photo taken by a Japanese fan on Twitter shows a teaser drawing of a Friend at the Kemono Friends Pop-up Shop in Shinjuku Marui, 2022.