Difference between revisions of "Giant Panda"

Giant Panda is a Friend that first appeared in the Kemono Friends Nexon game.

Giant Panda has stark white hair, with two big, round ears protruding out of the top. She has two round dot-like streaks on her bangs, to simulate panda eyes. Her real eyes are dark blue, and next to them are two hair tufts. Over her long black gloves is what seems to be a Japanese school uniform top. She is sporting a short black skirt, black stockings, and small black sneakers with white bow laces. She is also seen holding a bamboo shoot. 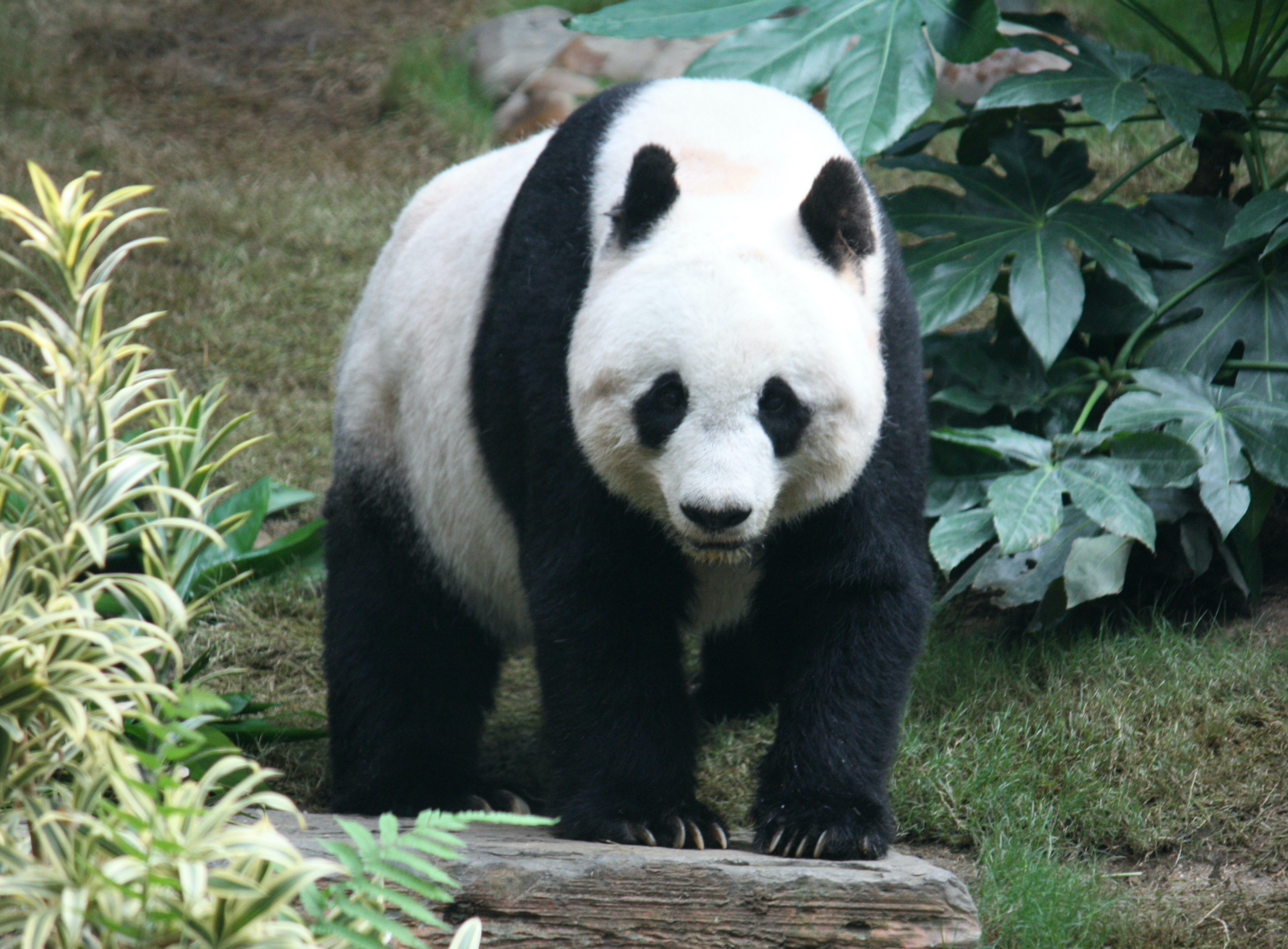 The giant panda, also known as panda bear or simply panda, is a bear native to south-central China. It has a body shape typical of bears; it has luxuriant black-and-white fur. It has black fur on its ears, eye patches, muzzle, legs, arms, and shoulders. The rest of the coat is white. The reason for this is speculated that it provides effective camouflage in their shade-dappled snowy and rocky habitat. Adults are measured to be around 1.2 to 1.9 m long, including the tail of about 10 to 15 cm, and are 60 to 90 cm tall at the shoulder. Despite them being classified as a carnivoran, their diet consists almost exclusively of bamboo. The giant panda's size and round face are adaptations to this diet. Their paw has a "Thumb" and five fingers. The thumb helps it to hold bamboo while eating. However, since bamboo contains very little nutritional value, pandas must eat on average, as much as 9 to 14 Kg to compensate for the limited energy content for its diet. The bamboo leaves contain the highest protein; stems have less. The giant panda is a terrestrial animal and primarily spends its life roaming and feeding in the bamboo forest. They are generally solitary. Pandas are thought to be considered crepuscular. However, it suggests that they may have a category of their own, as their activities are on peak in the morning, afternoon and midnight. The giant panda typically lives around 20 years in the wild and up to 30 years in captivity.