The Ezo Red Fox is a mammalian Friend species that has appeared in nearly all Kemono Friends media to date.

Ezo Red Fox has ankle length blonde hair that fades to white past her shoulders, with bangs that descend to dark brown at the ends. She has two fox ears atop her head which are depicted without openings and share the color of her hair until the middle to the tips, where they are dark brown. Her eyes are orange.

She wears a cream scarf tied into a bow that completely covers her neck. She is dressed in a two-button orange blazer stitched with an outer breast pocket and two adjacent front pocket flaps near the hips. The sleeves of the blazer are stitched with fuzzy black cuffs. Partially covered by her blazer is a half pleated cream colored skirt, exposed only on the pleated end. Underneath she wears a white dress shirt with short, pale orange sleeves and a breast pocket as well as a matching light orange flat ended tie. She also wears skin tight black gloves, the sleeves of which extend to the underneath of her shirt, and cream orange-white gradient tights. As footwear, she sports a pair of very dark brown penny loafers.

Ezo Red Fox also has a rather bushy, mid-sized brown tail that is tipped in a darker brown color.

The Ezo Red Fox (Vulpes vulpes schrencki) is a subspecies of Red Fox native to the Japanese island of Hokkaido, the Russian island of Sakhalin and the disputed island territories of Kunashiri and Etorofu located between Japan and Russia. It also inhabits the Japanese prefectures of Chiba and Saitama as a harmful alien species. This fox was named after the island of Hokkaido, which was formerly known as Ezo.

During the winter, Ezo Red Foxes living in Hokkaido eat Red-backed Voles and fish as their main pray. Other pray animals include Mountain Hares, Long-clawed Shrews, livestock, Chickens, and a verity of other bird species. As the Ezo Red Fox is omnivorous, these foxes also consume plant matter. Potatoes, beets, berries, and dead grass compose majority of the plant matter consumed by an Ezo Red Fox, the latter of which making up 61% of most consumed plant matter. Ezo Red Foxes living in Hokkaido’s Shiretoko National Park are also known to seek food given to them by tourists as a secondary source of sustenance, especially when little natural prey is available.

As an invasive species, the Ezo Red Fox has the potential to damage the natural environment of Chiba and Saitama prefectures. The presence of this fox puts the native Japanese Red Fox (Vulpes vulpes japonica) in direct competition with the Ezo Red Fox for food and territorial resources. Ezo Red Foxes are carriers of the cyclophyllid tapeworm Echinococcus multilocularis which could be spread to the native animals of the region. There is also a risk of the Ezo Red Fox and the Japanese Red Fox undergoing hybridization if the populations interbreed. 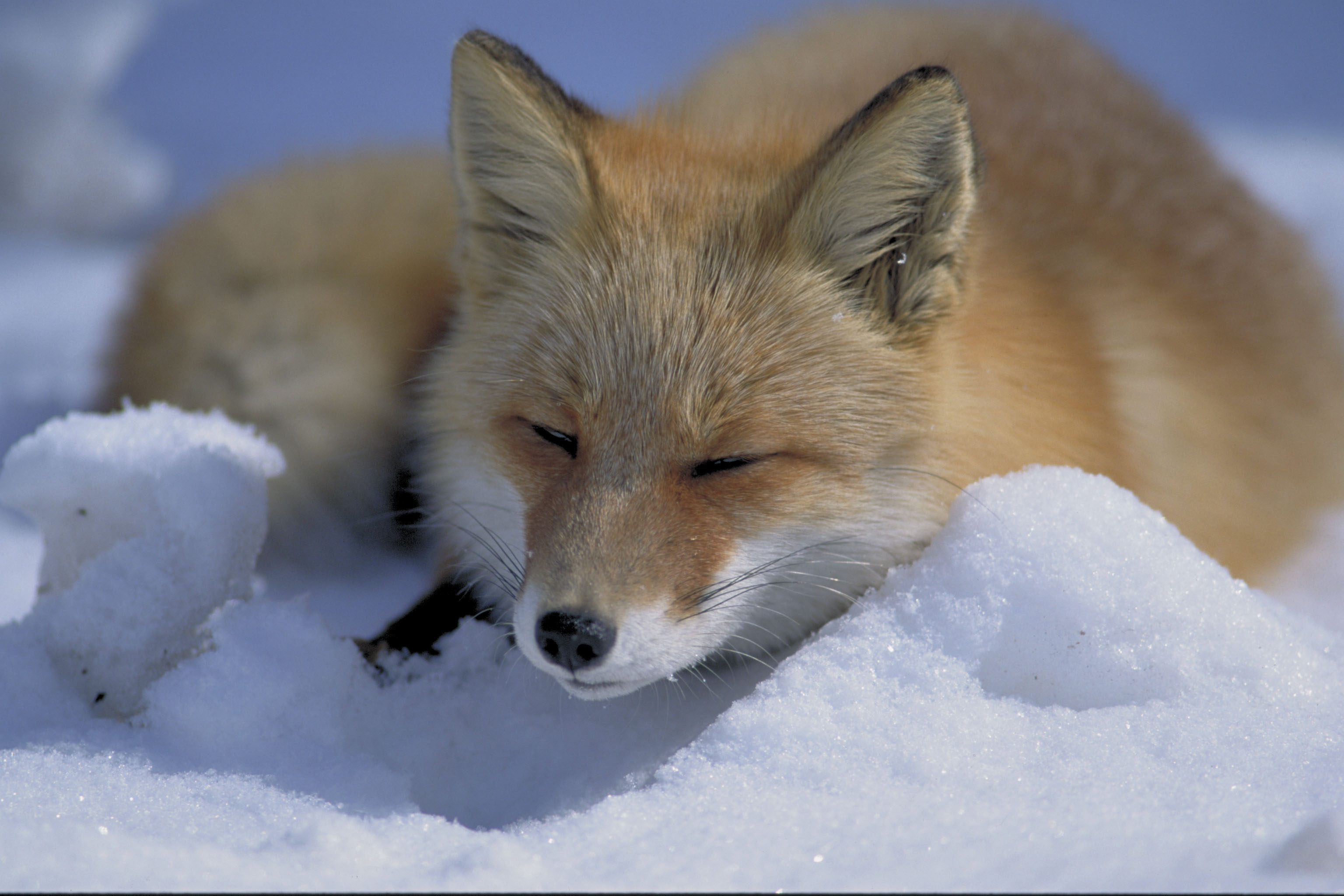 An Ezo Red Fox laying in the snow in Hokkaido, Japan.

The descriptions of Ezo Red Fox’s under clothes are derived from Mine Yoshizaki’s official art illustration of her having taken off her blazer and dangling it to the left of her. This image can be found in this Friend's gallery.